Mrs. Ayala put on a party for his only son. It will be the first time he will be introducing him to his friends. During the party, the guests would approach the little boy and ask his name.

His mother, who is standing nearby, approached him and said, “Son, don’t say you are Mrs. Ayala’s son. Say, I’m James Ayala. Ok?”

Then came another guest and asked, “Aren’t you Mrs. Ayala’s son?”

The boy replied, “I thought I was. But she said I’m not.”

Just like that innocent boy, I was once a boy. And in my innocence, I once misunderstood my mother. “Once” in this sentence means “many times before.”

I’m Mrs. Dao-anis’ son. (Belated Happy Mother’s Day to my mother.) For some, that’s hard to read or spell. The other week, they wrote in my nametag “Danao-is.” It might have been worse had I used my full first name, Cristito, which some would change to Cristitutu.

For you not to give me a wrong name, you can just call me with my nickname: CHRIS. Yes, I’m Chris and I’m cool! I can only say that because you are a cool reader.

I have been writing in this blog  since 2010. You may have known me already. But today, I felt the need to reintroduce myself for you not to say, “Wait, who is he again?”

I’m Chris. And each letter of my nickname says something: C-H-R-I-S. 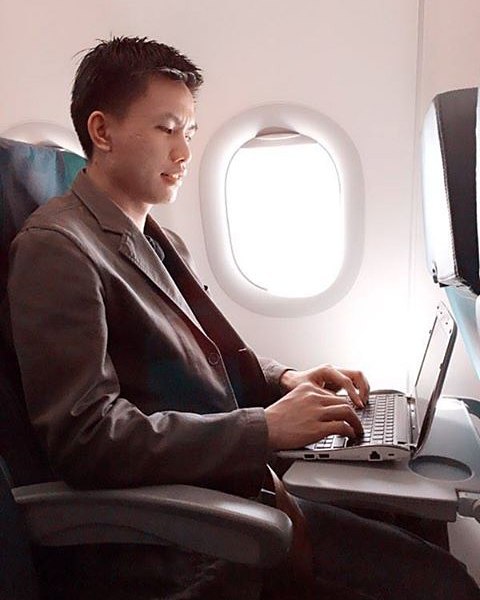 C also means CONTRIBUTING CREATOR (with a small c). I create books, blogs and articles. But at first, I was a selfish creator. I would write but I keep them to myself. Only after being wheedled several times to share my works did I decide to do so. In 2013, I published my first book; the second in 2014; and the third in 2016. I thank our Creator for helping me become a small creator in my own ways.

H is for HUMBLE. But they say, when you are humble, you don’t claim it. Or you are no longer humble. Since I am humble, I don’t have to mention it. Oh wait, did I just claim that I am humble? 🙂

H also means HANDSOME. Yes, I know it’s hard to imagine that but what you see is what you get. When you see me, you see my face. Handsome? Neither did I believe I am handsome until my girlfriend said so. Thank God for my supportive girlfriend. I hope she won’t wear eyeglasses to correct her vision. Or I should start teaching her to sing, “You will always be handsome in my eyes.”

R is for ROMANTIC. But before my girlfriend protests, let me change it.

R also means REPEATER. Here’s what I have learned: Repetition is the mother of skills. Since I know that I have a lot to learn in the fundamentals of public speaking, I am going for my 5th run on my Competent Communication manual in Toastmasters. 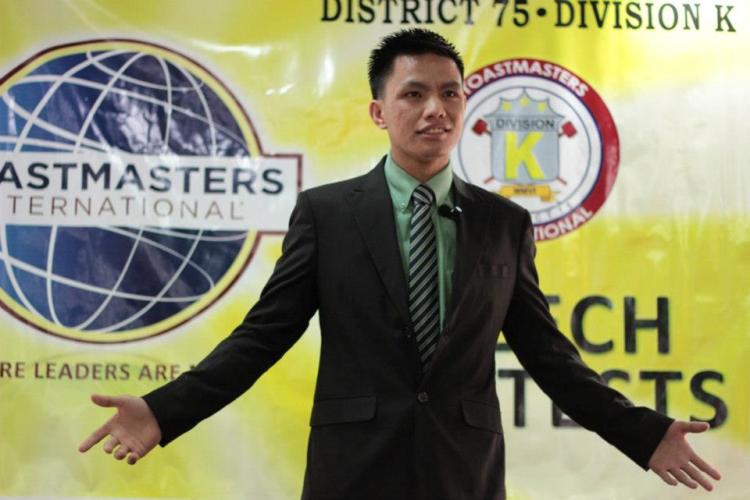 I is for INTERESTING. Let’s leave it that way to make you interested. 🙂

I also means INTROVERT. Yes, I am. I process my thoughts inwardly. And I gain and regain energy in solitary quiet moments. (Read my other more serious articles for the explanation.)

S is for SIMPLE. Although I can go complicated sometimes, so maybe I’m not that simple. But I am! Wait, I sound complicated right now, do I?

S also means SINGLE. But taken. Not taken for granted, but taken seriously.

But seriously, S stands for SERIOUS. I was a serious writer and speaker. I was also seriously shy. But seriously, I’m not being serious here. I’m trying to learn to be funny. But seriously, yes. I realized that being funny is a serious skill. So this year, I am doing my 5th CC with a new battle cry: #SeriouslyHumorousSpeaking2017. I will try!

I hope you will journey with me and support me as we continue to support each other. Do drop by in one of our Toastmasters meetings.

Once again, I’m CHRIS. Creator. Handsome. Introvert. Repeater. Serious. In other words, I’m CHRIS and I’m cool. And I can only say that because YOU are a cool reader.

Stay tuned for more empowering articles. Til next week!

(Chris Dao-anis, CPA, ACG, ALB is a trainer and speaker on communication and personal leadership. His latest book ‘Living Large in the Little Things’ is available at Mt. Cloud Bookshop, Casa Vallejo, Upper Session Road, Baguio City. For talks and trainings, email him at chrisdaoanis@gmail.com or visit his website www.chrispoweracademy.com. Watch his daily videos: #ConfidenceCode on www.fb.com/chrisdaoaniswriter. Get a free PDF report titled ‘7 Money Manners’ on www.chrispoweracademy.com/7free.)

Chris Dao-anis, CPA, DTM is an inspirational speaker, leadership trainer, recollection master, speech coach, and a book coach. He authored five books to date, including SPEAK: How to Craft and Deliver a Speech or Presentation with Competence and Confidence. He has been of service to different audiences across the Philippines. He aims to help you convey your message, sell your story, and lead people. View more posts